Home DARK WEB What is the dark web? How to access it and what to expect. 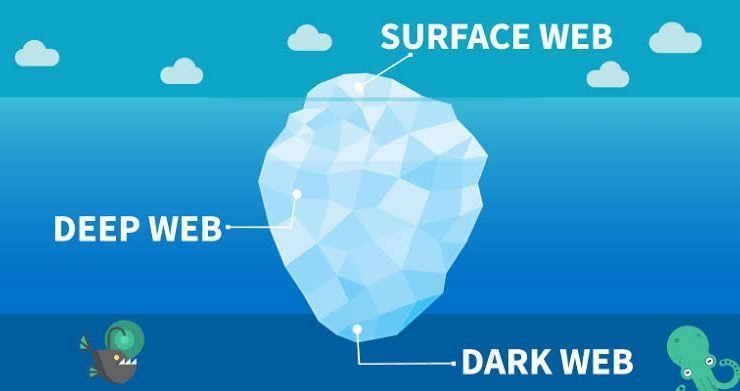 The dark web is the deeper part of the internet that isn’t visible to normal search engines or browsers. They can be accessed with the help of an anonymizing browser called Tor.

The Deep Web is vast. Thousands of times larger than the surface web.

People confuse the terms “deep web” and “dark web” sometimes and end up thinking both are the same, but they are not. The term deep web refers to any webpage that is not readily accessible through search engines such as Google, Bing or Yahoo. The webpages that is accessible only after a sign-in comes under this category. If we put in layman’s terms, the deep web is another level of internet residing below the normal surface web.

Gmail account, banking portal, membership websites, Twitter, LinkedIn are a few examples of the deep web. Most of the information we access online requires some form of authentication. Search engines don’t index these authentication-protected webpages for a good reason, only you be able to access your page, not everyone else.

The dark web is what resides under the deep web, the darkest part of the internet. Is is intentionally hidden and requires the use of special browser  Tor to access. The size of the dark web is unknown. Dark web is mostly used for illicit purposes.

Dark web is a hidden part of the internet. It cannot be accessed directly using surface search engines. It is no doubt that you never heard of it before as it mostly used for criminal activity due to its anonymity.

Mainly dark web is famous for its markets where an individual can buy whatever he wants. Items like credit card numbers, drugs, guns, counterfeit money, electronic goods, stolen/hacked subscription. From drugs to software everything is available. You can check our post here to see real screenshots of the dark web.
It also has its legitimate side. Even Facebook, New York Times, BBC have onion domains on the dark web.

As mentioned earlier, the dark web cannot be accessed directly using a normal browser like chrome or a safari. It doesn’t work like that. For accessing the dark web, we need to use an anonymizing browser called TOR. It is a special browser specifically designed for the dark web. It hides your identity and routes the traffic through multiple proxy servers, making your IP untraceable. Because of the use of the Tor browser, the dark web remains unpredictable and anonymous.

Dark web search engines exist, but even the best are challenged to keep up with the constantly shifting landscape. The experience is reminiscent of searching the web in the late 1990s. Even one of the best search engines, called Grams, returns results that are repetitive and often irrelevant to the query. Link lists like The Hidden Wiki are another option, but even indices also return a frustrating number of timed-out connections and 404 errors.

Dark web sites look pretty much like any other site, but there are important differences. One is the naming structure. Instead of ending in .com or .co, dark web sites end in .onion. That’s “a special-use top level domain suffix designating an anonymous hidden service reachable via the Tor network,” according to Wikipedia. Browsers with the appropriate proxy can reach these sites, but others can’t.

Dark web sites also use a scrambled naming structure that creates URLs that are often impossible to remember. For example, a popular commerce site called ShellMart goes by the unintelligible address of “m3tk4mcgturz64i7.onion.”

Many dark websites are set up by scammers, who constantly move around to avoid the wrath of their victims. Even commerce sites that may have existed for a year or more can suddenly disappear if the owners decide to cash in and flee with the escrow money they’re holding on behalf of customers.

The anonymous nature of the Tor network also makes it especially vulnerable to DDoS. Sites are constantly changing addresses to avoid DDoS, which makes for a very dynamic environment. So the quality of search varies widely, and a lot of material is outdated.

Commerce on the dark web

Nearly all dark web commerce sites conduct transactions in bitcoin or some variant, but that doesn’t mean it’s safe to do business there. The inherent anonymity of the place attracts scammers and thieves, but what do you expect when buying guns or drugs is your objective?

Dark web commerce sites have the same features as any e-retail operation, including ratings/reviews, shopping carts and forums, but there are important differences. One is quality control. When both buyers and sellers are anonymous, the credibility of any ratings system is dubious. Ratings are easily manipulated, and even sellers with long track records have been known to suddenly disappear with their customers’ crypto-coins, only to set up shop later under a different alias.

Most e-commerce providers offer some kind of escrow service that keeps customer funds on hold until the product has been delivered. However, in the event of a dispute don’t expect service with a smile. It’s pretty much up to the buyer and the seller to duke it out.

Even completing a transaction is no guarantee that the goods will arrive. Most of orders need to cross international borders, and customs officials are cracking down on suspicious packages.

Is the dark web illegal?

We don’t want to leave you with the impression that everything on the dark web is nefarious or illegal. The Tor network began as an anonymous communications channel, and it still serves a valuable purpose in helping people communicate in environments that are hostile to free speech.

A lot of people use it in countries where there’s eavesdropping or where internet access is criminalized .

If you want to learn all about privacy protection or cryptocurrency, the dark web has plenty to offer. There are a variety of private and encrypted email services, instructions for installing an anonymous operating system and advanced tips for the privacy-conscious.

There’s also material that you wouldn’t be surprised to find on the public web, such as links to full-text editions of hard-to-find books, collections of political news from mainstream website. You can conduct discussions about current events anonymously on Intel Exchange. There are several whistleblower sites, including a dark web version of Wikileaks. Pirate Bay, a BitTorrent site that law enforcement officials have repeatedly shut down, is present there. Even Facebook has a dark web presence.

More and more legitimate web companies are starting to have presences in deep web. It shows that they’re aware, they’re cutting edge and in the know. 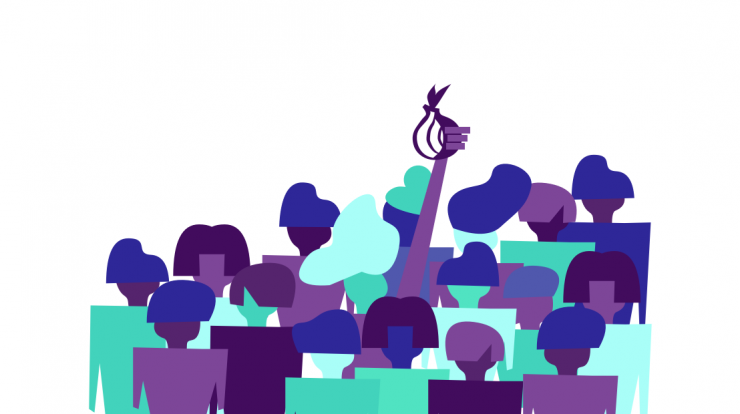 What is Onion Domain? Buying and hosting a .onion site on Tor

What can we find on the dark web?

Email Encryption. How to send and receive an encrypted email?