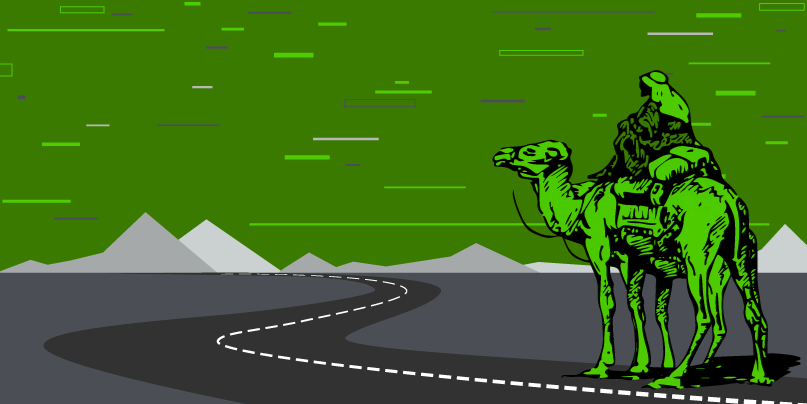 Silk Road was an internet black market and the first modern-day darknet market. It was founded by Ross William Ulbricht (also known as Dread Pirate Roberts) born in Texas, the U.S. who had a different ideology.

He believed everyone should have the right to buy, sell whatever they want as long as they did not harm anyone.

If we summarise it, it made Ulbricht a millionaire, and later a convict.

It may sound like a Hollywood movie but it is true. Hollywood actor Keanu Reeves narrated a 2015 documentary on the Silk Road legend called Dark Web which chronicles the rise and fall of the black market and its founder.

SilkRoad was first launched in February 2011. Ulbricht started his dark web marketplace development in 2010. It was a side project to Good Wagon Books. The project was designed to use Tor and bitcoin. It was destined that his marketplace to become the catalyst for a revolution.

When it started, there were a limited number of new seller accounts available. So, every new seller has to purchase a merchant account in an auction. Later, each merchant has to give a fixed fee.

How did it work?

For customers, the main benefit it had over its rivals was that it was trustworthy.

Same like eBay, it would match consumers and dealers, allows both parties to rate each other, and provide products to be delivered directly to customers’ doors through the unsuspecting mail service.

His website connected nearly 4,000 drug traders around the world to sell their drugs to more than 100,000 buyers, and could you get you anything you want from fake documents to top-quality heroin.

It is estimated that in its very short span, over $1 billion transferred through Silk Road, giving Ulbricht a secret fortune of an estimated $28 million at the time of his arrest.

Initial listings on Silk Road were to be restricted to products that resulted in ‘victimless crimes’. On that foundation, products linked to the likes of stolen credit cards, assassinations, weapons of mass destruction and child pornography were banned.

Ulbricht was unable to maintain the website standards that he had initially considered and indeed had eased the policy on forbidding the sale of weapons based on a view that increased firearm regulations were making it more difficult for oneself to buy guns, in contradiction with his libertarian values. Besides, as the site evolved, more and more ‘contraband’ products started to be posted.

They also had legal services and products for sales, such as art, apparel, books, jewelry, cigarettes, erotica, and writing services. An associate site, called “The Armoury”, sold weapons (essential firearms) during 2012, but was closed, due to a lack of demand.

The End of the Silk Road

Even though the officials were aware of the presence of Silk Road in the dark web within a few months of its launch, it took over a couple of years for Ulbricht’s identity to be revealed.

Ulbricht may have added a reference to Silk Road on his LinkedIn profile, where he addressed his desire to “use economic theory as a means to end the use of coercion and aggression amongst humanity” and also declared, “I am creating an economic simulation to give people a first-hand experience of what it would be like to live in a world without the systemic use of force.”

He relocated to San Francisco before his capture.

In mid-2013, an investigator Gary Alford first related Ulbricht to “Dread Pirate Roberts”, who was working with the DEA on the Silk Road case.

The link was made by connecting the username “altoid”, which Ulbricht used during his early days to announce the darknet market and a forum post in which he, using the nickname “altoid”, requested for programming help sharing his email address, which included his full name.

On an October midday in a public library in San Francisco, Ulbricht’s goal of an online libertarian paradise came to a sudden end. The FBI had finally caught up with Ulbricht having infiltrated the Silk Road.

At the time of his arrest, he was logged into his Silk Road Market as an administrator and using was his Dread Pirate Roberts pseudonym to unknowingly communicate with a secret FBI representative. They discovered that his seized laptop had tens of millions of dollars of bitcoin on it, with millions more stored on USB drives found in his apartment.

The laptop also had Ulbricht’s private diary, which contained damaging evidence against him. Within hours of his capture, Silk Road’s domain had been seized, the online black market was shut down and Ulbricht’s grand plans to make the world a better place were in chaos.

As part of their probe into Silk Road, the FBI had caught up with several other Silk Road users and administrators while hunting for Dread Pirate Robert. Prosecutors alleged that Ulbricht paid $730,000 to others to commit the murders, although none of the murders occurred.

The Feds seized 26,000 bitcoins from accounts on Silk Road, it was estimated 3.6 million USD at the time. An FBI spokesperson said that the agency would sell the bitcoins once Ulbricht’s trial finishes.

The complaint issued when Ulbricht was arrested held information the FBI gained a system image collected from the Silk Road server on 23 July 2013.

It noted that “From February 6, 2011, to July 23, 2013, in two years there were approximately 1,229,465 transactions performed on the site. The total revenue generated from these sales was 9,519,664 Bitcoins, and the Silk Road collected total commissions from the sales amounted to 614,305 Bitcoins. These are equivalent to approximately $1.2 billion in revenue and $79.8 million in commissions, at current Bitcoin exchange rates…”, according to the September 2013 complaint, and involved 146,946 buyers and 3,877 vendors.

On 27 June 2014, the U.S. Marshals Service auctioned 29,657 bitcoins online in 10 blocks, estimated to be worth $18 million at that time. It is only about a quarter of the seized bitcoins. Another 144,342 bitcoins which had been found on Ulbricht’s computer were kept, roughly $87 million.

On 13 January 2015, Ulbricht’s trial began in federal court in Manhattan. When the trail started, Ulbricht admitted to founding the Darkweb market Silk Road but he claimed to have transferred control then to other people soon after establishing the site.

During the second week of the trial, prosecutors presented documents and chat logs from Ulbricht’s seized computer that, they said, showed how Ulbricht had administered it for many months, which denied the defense’s claim that Ulbricht had relinquished control of the site. Ulbricht’s lawyer proposed that the chat logs and documents were planted inside by way of BitTorrent (a torrent downloading client), which was running on Ulbricht’s computer during the time of his arrest.

On 4 February 2015, Ulbricht was convicted of seven different charges, including charges of engaging in a criminal enterprise organization, computer hacking, money laundering, and narcotics trafficking. They sentenced him 30 years to life in prison.

The government also accused him of funding for the murders of at least five people, but there is no evidence to prove that the murders were carried out, and the allegations never became formal charges against Ulbricht.

During the trial, Judge Forrest received death threats. Users of “The Hidden Wiki”, a dark web website posted the judge’s personal information there, which was having her Social Security number and address. Ulbricht’s attorney Joshua Dratel stated that he and his client “obviously, and as strongly as possible, condemn” the anonymous postings against the judge.

In a letter to Judge Forrest before his sentencing, Ulbricht declared that his activities in Silk Road were committed through libertarian idealism. It stated that “Silk Road was supposed to be about giving people the freedom to make their own choices” and admitted that he made a “terrible mistake” which “ruined his life”.

On 29 May 2015, Ulbricht was ordered to serve five sentences concurrently, which includes two for life imprisonment without any possibility of parole.
In addition to his prison sentence, he was also ordered to pay more than $183 million. His lawyer Joshua Dratel said that he would appeal the sentencing and the original guilty verdict.

On 31 May 2017, the US Court of Appeals for the Second time denied his appeal and repeated the judgment of conviction and life sentence.

Ulbricht’s family is still fighting and continues to campaign to “free Ross Ulbricht from a barbaric, double life sentence for all non-violent charges”. They also have a website in place to accept donations towards their lawyer fees.