Home BITCOIN What is a Bitcoin Mixer?

Bitcoin mixers are solutions that let users mix their coins with other users, to preserve their privacy.

Bitcoin is not entirely anonymous as it looks. It is partially anonymous because one does not need to give personal details to do bitcoin transactions or while opening an anonymous wallet.

Bitcoin transactions are entirely transparent. Every single transaction of bitcoins is logged permanently on the open-source network called the blockchain. Anyone with a small knowledge can view the entire transaction details like the sender’s total wallet balance, the amount spent from the blockchain with just the transaction hash.

And there is always some metadata associated with bitcoin transactions.

The transactions might be linked to a person associated with using it.
For example, if you are exchanging bitcoins from a bitcoin exchange, the exchange must have verified your identity, this way the address can be linked back to your wallet.

Imagine you are buying an illegal item from a dark web store, your real identity can be traced back within a matter of minutes.

This is where the phenomena called Bitcoin mixers to come into play.
Bitcoin mixers allow the users to mix their coins with the large bitcoin pool. Imagine you have a King of hearts, instead of using it directly, you shuffle the card with a deck of cards and get back another card. Retrieved new card mostly is not going to be the same card.

How Do Bitcoin Mixers Work?

There are multiple strategies developed over the years. The most used strategies are Centralized Mixers and Chaumian CoinJoin Mixers.

The first method Centralized Mixers accept bitcoin payments and send different coins to users in return. If more people use the same mixing system, it increases the shuffling more, thus increasing privacy. One major drawback in this approach is that the mixing system knows exactly which user sent and received which coins, the mixer could re-establish the trail of ownership.

The second method CoinJoin is a trustless method for joining multiple Bitcoin from multiple senders into a single transaction. This to make it more difficult for outside parties to determine which spender paid which recipient. This system can be designed in such a way that the merger itself won’t be knowing user trails.

We do not promote any bitcoin mixers, the above-displayed information is only for informative and educational purposes.

Why mix your bitcoins

Everyone wants to protect their privacy. No one wants to expose the number of coins they own or how much they spent.

You may be investing your income in Bitcoins and you want to spend a fraction of bitcoins somewhere, if you spend it directly, the recipient would easily know the number of coins you own if they view the blockchain transaction history.

You are willing to buy illegal guns or drugs from the dark web. You don’t want cops to show up next morning enquiring about it.

Using bitcoins mixers surely increases the user’s privacy, no doubt in that.

In recent times, the authorities have banned many bitcoin mixers claimed that they used to involve money laundering.

Even the famous mixers are shutting down their services without any prior notice. This may lead to the loss of the user’s individual bitcoins. 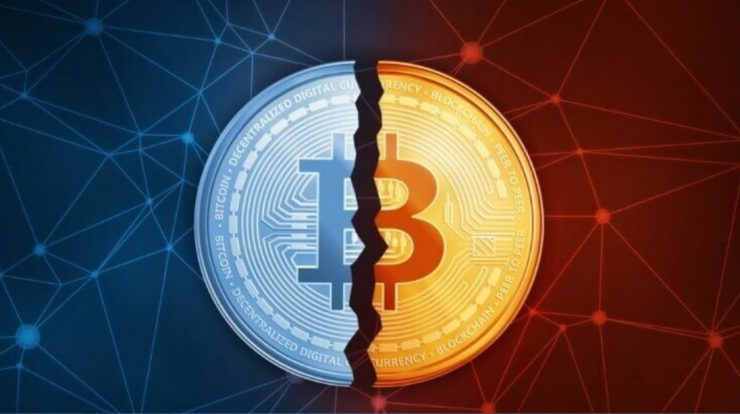 What is Bitcoin Halving?

Bitcoin Explained. How to Buy/Invest?